I am actually pretty nervous about my first official “The LEO Book”-trip. Especially because I don’t know what will happen and how everything will develop. I spent over 1 1/2 years of organizing and thinking about the idea, the concept and my trips. Next week on September 5th I’ll get onto the train to Italy at 5am in the morning and will be traveling down to Sicily and back within 10 days. I’ll be meeting 4 different LEO clubs and will be guest at a Charter-Party in Taranto – Crazy!

Last Sunday I spent around 10 hours to figure out whether I should fly or take train-connections. It was pretty hard task and I really very exhausted after this day. But at the end I decided to take the train. As you will see below with a pretty tough schedule. I guess I should buy some more eBooks on amazon for my kindle 🙂

And this will – roughly – be my schedule for my trip, The only two fixed events I know are the Charter Night in Taranto and the play in Massafra on September 6 and 7. About what will happen then I have no idea.

As I mentioned above, I am pretty excited about all that and I’m really trying hard to believe that traveling by train such long distances will be pretty easy going task. So stay tuned! 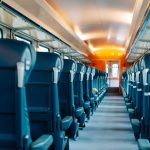 One Reply to “Italy here I come”