Hilda was introduced to me via e-mail during my research about active LEO clubs in Indonesia. Since our first e-mail conversation she was super passionate about taking part in The LEO Book project. She told me some really great stories about her and her club. So I think it’s worth sharing her ideas and points of views on this website.

Read what she has to say:

What’s your LEO Club called and where is it situated. Who’s your sponsoring Lions-Club.

Tell me a little about your club (size, members, activities, how often you meet etc.)

My club has 70 members and we usually have once in a month regular meeting but we pretty much see each other at school everyday because we are in the same building. Members are from grade 8 til grade 11. We usually have fundraising twice per semester, so in one year there’s four times fund raising. We usually do our fund raising at school; since our school has no canteen, we usually sell snacks during break time. We usually do atleast twice community service per year.

What’s your personal LEO history (which functions did you have)?

I joined Leo when i was grade 9 and this is the third year i’m on Leo. I was a member for two years and now i’m the president of the club. Truthfully i never expect to be a president because i was usually a lazy type of person and i often sleeps in the class –” . Well the first semester when i join Leo, i was not really that much interested altough i was quite active; attend regular meeting and helping the fund raising. The second semester, i was had this thought that everybody can do something atleast and they can improve. I just said to myself that it’s okay to make mistakes, but it’s more important to know and learn more from that mistake. That’s when i really realize the one thing in Leo, We’re gathered as one family in Leo, altough we are from different levels but we are bonded by this Leo. I did ever think once, being a president is so easy; just commanding this and that. But now i learned that, being a president is not easy as it seems, many people said that;” yeah you are the president and you can do anything you want.” But, it’s not simple, it’s like a life, a life will never be that simple. Being a president is easy but being a good president is not so easy, i learned that being a president, you must be considerate on what actions to take and must think ahead of time all the time and there’s so much responsibility but the it made me love Leo even more.

When and why did you become a LEO?

Actually, i did not know about LEO until i was grade 9. Well, people all round my school just keep talking about Leo club has this activity here and there, i was actually did not interested until later on. Every morning on our school, it’s always a some kind of tradition that we sit down at the hall then we do our silent reading on our novels for about 30 minutes. Then a teacher usually give some announcements, she said that LEO is opening registration and for those who are interested to join can register. I thought about joining it, and so i after i go home i decided to research about LEO and i found out that LEO was not only in Indonesia but rather International. So one thing crossed my mind, it’s surely a good thing to donate some of my time to society and why not do so? So i decided to register, well i did not really understand what really LEO is and i did miss my orientation and installation because i was not around that time. So i was just helping with the activities that my club held, like fundraising at school and community service. When i was on my second semester, that’s when i really starting to enjoy leo and get what it means to be a Leo and i began realizing that being a part of Leo is so fun. I then attended the next year’s installation for new members and i learned alot of thing. I joined last year’s International Relationship Camp at Malaysia, it was so fun! and it was not like other camp i attend to.

What’s the secret of your LEO club? What was your most recent project and why do you think it’s good to run the projects you do?

We haven’t done any project yet because we’re still on our holiday. But, we do have our incoming project, fundraising at school selling goods and we also plan to have some kind of bazaar.

What’s your message to other LEOs around the world?

Just remember, no one is perfect. Just keep doing what is right and do it with all of your hearts. You are not alone, and no matter what problems you have, there will be time that those problems will go away. Keep serving with your heart.

What was the most heartbreaking moment in your LEO career, which activity or event touched you most?

The communty service that we did last fiscal year. We brought kids who used to live on the street to Taman Mini Indonesia Indah to visit some places in TMII, such as IPTEK and 4D theatre. IPTEK is a science centre located in Taman Mini Indonesia Indah. Frankly speaking, i never been to IPTEK , at first i thought that IPTEK is just like ordinary museum. But when we took those kids, they showed so much interest in the display and guess what! Altough the display are quite old for some but it’s certainly very cool and entertaining, moreover i get to apply some of my physics theory and share it with the kids. Seeing them so interested in studying, really touched my heart.

Did LEO change your life and why do you think it was a good choice to invest time to LEO?

Leo did change some parts of my life. As i’ve said earlier, i’m more of a lazy person but joining leo, made me less lazier which is a step up for me because i am always easily get bored with some things except reading books, watching movies and playing computer games. Joining some events,and get to be the committee to set up an event really taught me how to appreciate things and i learned how to not get bored very easily.

Will you become a Lion after your LEO-time?

Yes, i’m thinking about becoming a Lion after my Leo time.

Do you know about The LEO Book project and if yes, what do you think about it?

I think this is a very good thing. I think this will help to raise up the spirit within LEOs not only in one particular place, but worldwide.

As far as I remember, The LEO book will visit you one day – right? What do you expect from that visit as well as from presenting your club in the book?

Well,  i hope that the visit will strengthen the bonds between us, and i hope that every Leo in the world will be proud of being  a LEO.

Is there something else you would like to tell a wide, international audience – go for it and send me everything you want 🙂

Being a LEO it’s not about only a title but also a part of a big family,and  i’m really grateful to be this part of big family. Leo did change the once me into a new me, some said i was crazier than before(?). Just socialize and get to know each other 😀

Imagine, there is an international Cyber Lions Club, which means, a club which is organized and run virtually and focuses on helping LEO Clubs as well as supporting LEOs around the world while they travel (e.g. helping them to get cheep hotels, find other LEOs who can host them etc.) – what do you think about that idea  and would you – theoretically – attend such club after your LEO career?

I think it is a good idea, it’s not only a good way of making friends but also a good way of expanding network. I would like to attend such club after my Leo career. I’m really excited tho about the project, i wish you a great success 🙂 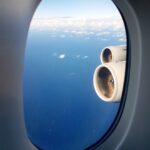 The more I talk to people the more questions I need to answer. There are some questions which are recurring from talk to talk, from...

I can not remember whether it was Nadee or me who started the conversation on facebook, but it was something around half year before we...

How are you? Tell us a little about you! I am currently a freshman at the one and only University of Texas at Austin! I am studying...

Manuel Mair, Perg Meet him on facebook: https://www.facebook.com/manuelmair01 What’s your name? Please tell us something about you!...